Sebastian Maniscalco has celebrated heights only a few comedians ever achieve. With a string of record-breaking, sold-out arena shows including the United Center in his hometown of Chicago, Boston’s TD Garden, The Forum in LA and New York’s Madison Square Garden; a Netflix original special called “Stay Hungry;” and a starring role alongside Robert DeNiro, Al Pacino, and Joe Pesci in Martin Scorsese’s Oscar-nominated The Irishman, it’s no surprise that both Pollstar and Billboard have honored the standup with their top touring awards.

The last few years of success follow a number of blockbuster years for the comedian, author and actor that have included releasing a best-selling memoir, Stay Hungry; and landing a role in Green Book, which won Best Picture at the Academy Awards. 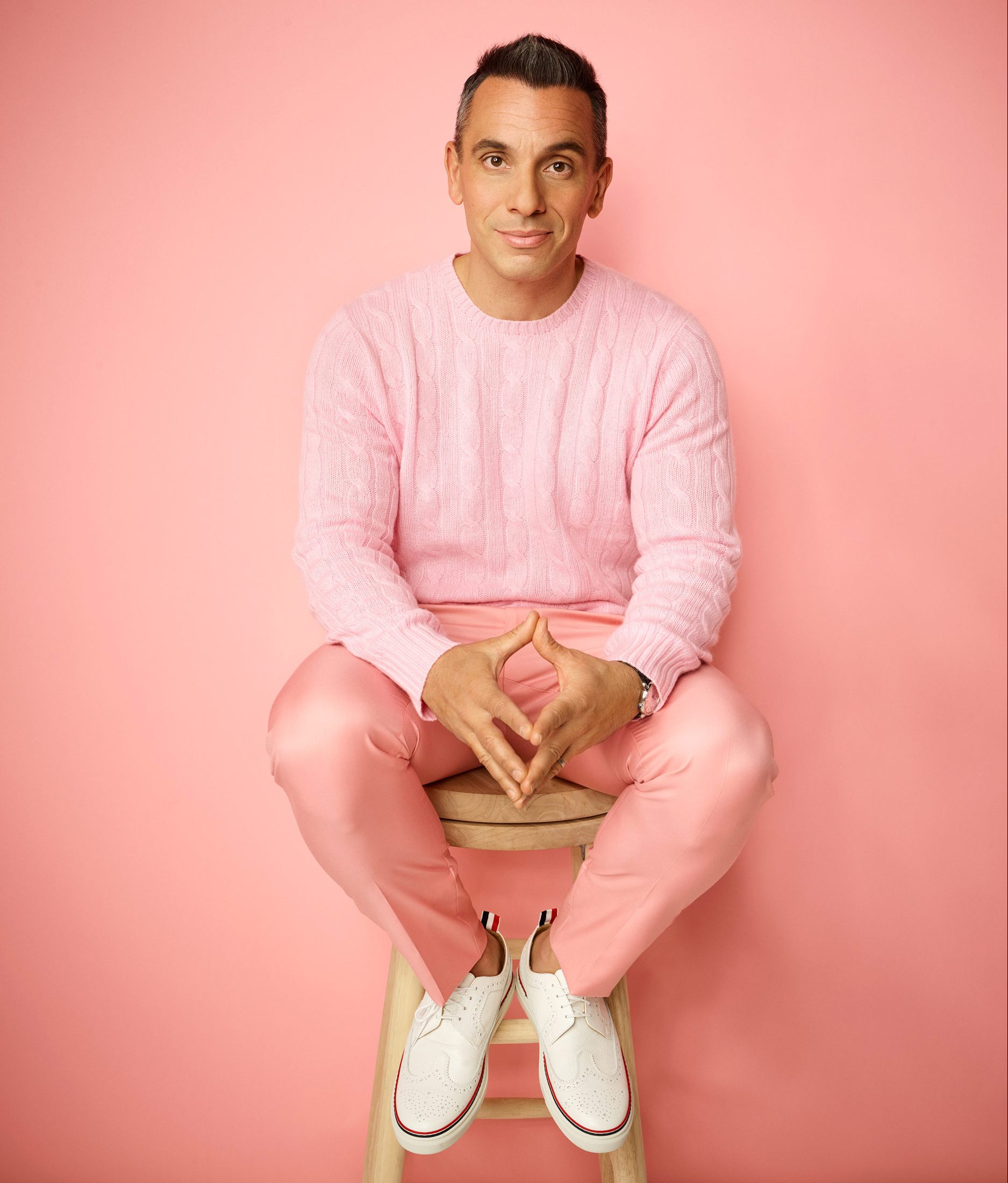 Maniscalco’s five television comedy specials (for Netflix, Showtime and Comedy Central) scaled new ratings heights, prompting NBC’s Nightly News to dub him “comedy’s new superstar.” His most recent special, “Stay Hungry,” was filmed in 2018 during a run of five sold-out shows at Radio City Music Hall. The same week the special was released on Netflix in January 2019, he performed an astonishing four sold-out shows at Madison Square Garden, breaking the record for highest-grossing comedy event ever in North America. That trajectory continued all year with Maniscalco breaking the record for highest gross for a single performance (e.g., one event) comedy show at TD Garden in Boston and putting on the biggest comedy show in the history of Chicago’s United Center and with 21,286 tickets sold, the event also broke his own record of best attendance at a single show.

It is no wonder the New York Times called him “the hottest comic in America.” And while some might take a break, the Chicago-born Maniscalco is not one to rest on his laurels—it’s a work ethic drilled into him by his father. And so, even with touring on hold, the man dubbed “the comedian’s comedian” by People magazine shows no sign of slowing down.

As a profile in Vulture noted, “Maniscalco, without a breakout TV or film role, built a tremendous fan base the old-fashioned way: one joke at a time, one audience at a time.” The comedian expresses great pride in this hard-fought path. “When I first started doing comedy, I never thought about doing arenas,” he says. “But in the course of 21 years, hitting the pavement, taking pictures with people, I developed a very loyal fan base. A couple would come to a show, then they’d come back and bring their family or their neighbors, and it just kinda swelled. Now you have limo buses pulling up to the shows—it’s just staggering.”

Jerry Seinfeld’s “favorite comedian” has been one of Pollstar’s Top 30 highest-grossing performers in the world the last three years consecutively. Consistently named one of the Top 10 highest-grossing comedians in the world since 2016 by Forbes, Maniscalco has taken full advantage of this new platform. “With the success of the comedy, other opportunities opened themselves up,” says the man who hosted the 2019 MTV Video Music Awards. “I’m able to take on projects I’m passionate about, just do really quality stuff—I’m fortunate to be in a position where I can really calculate what I’m doing and not spread myself too thin.” Those new opportunities included a two-night run guest-hosting ABC’s “Jimmy Kimmel Live!” during the COVID-19 pandemic.

Known for his distinctive, physical style—he’s “not just telling a joke, he’s showing it, too,” as The New York Times wrote—perhaps Maniscalco’s most impressive feat is his leap into the highest levels of dramatic cinema. “The goal is not to be the next Denzel Washington, but to have some fun and be creative in another realm,” he says. “It was just unbelievable, doing those movies back-to-back. We shot Green Book in November, and The Irishman in December—coming straight off a set with Viggo Mortenson, then going toe-to-toe with DeNiro and Pesci.

“I grew up loving all these guys, so throwing me in that mix was a little daunting,” he continues. “But it’s a chance to exercise a different muscle, and I thought it would be interesting to give myself a little more dimension.”

Maniscalco expresses more surprise regarding Stay Hungry, his best-selling book. “I thought writing books was reserved for ex-presidents and people who survived disasters,” he says. “But I did think there were stories—old jobs I had, meeting my wife—where the best way to share them would be to wrap it up in a book. It’s one of the hardest things I’ve ever done, it took a while, but I’m very proud of it.”

Since moving to Los Angeles in 1998, Maniscalco has served as a textbook example of perseverance and hustle, initially earning his place as a favorite at Los Angeles’ legendary Comedy Store. Pollstar has credited Maniscalco for being a voice in “the vanguard of a live comedy revolution,” becoming a favorite on late-night television and a touring juggernaut, eventually being named Just For Laughs’ Stand Up Comedian of the Year in 2016.

Maniscalco is currently sharing his observational comedic style on discovery+ with his own food show. Well Done with Sebastian Maniscalco, which premiered Aug. 12 on discovery+ and has already been picked up for a second season, finds the comedian and food lover exploring his own hot button questions in the world of food taking a deep dive into etiquette, cultural practices, the way we eat and the business of eating. He’s interviewing chefs, restaurant owners, waiters, etiquette experts, critics, people who eat food, people who take pictures of food, comedians, his family, and more to shed light on the subject of food.

Maniscalco will also make a return the big screen with a number of high-profile films. Projects in the works include a role in an untitled dramedy from Ray Romano, starring along-side Michelle Monaghan, Wiz Kalifa, Jason Derulo and more as legendary producer Giorgio Moroder in the upcoming Neil Bogart biopic Spinning Gold as well as opposite Robert DeNiro in About My Father a film loosely based on Maniscalco’s life. Stay tuned for news on the films’ release dates.

And after a year off the road, the multi-hyphenate is back with his new Nobody Does This Tour. The tour hits arenas this fall and with so many new experiences and observations to draw from during this time off the road, one thing remains the same: Sebastian Maniscalco is still bothered!